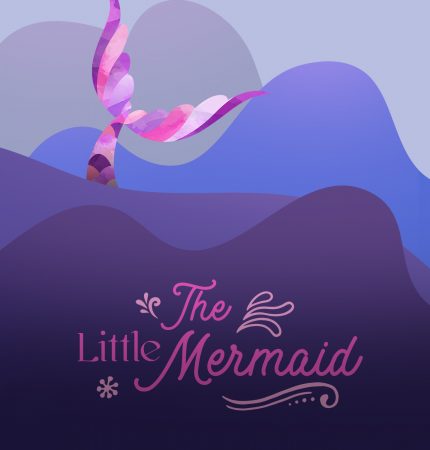 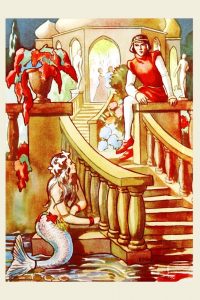 Our main characters Flotsam and Jetsam (their names are words for ocean debris) enter to tell the story of The Little Mermaid. The Sea King has six beautiful daughters, all of whom are mermaids. The most beautiful of all is the youngest known as the Little Mermaid. She is so fascinated with humans and their world that lies above the ocean that she has a statue of a handsome boy in her garden and has always dreamed of life above the water. However, she is not allowed to visit the surface until her fifteenth birthday.

All of her sisters take their turn above the surface on their fifteenth birthdays and share the marvelous wonders they see, which only makes the Little Mermaid more impatient. On the day of her fifteenth birthday, she eagerly swims to the surface and sees a young prince celebrating his own birthday. The Little Mermaid is instantly smitten, and when the Prince falls victim to a storm, she saves his life and returns him safely home. Just as the Prince awakens, their eyes meet, but the townspeople are too close and the Little Mermaid must leave. From that moment on, she vows to return to her Prince, though her Grandmother tries to convince her to forget the Prince – to no avail.

The Little Mermaid is determined to reunite with her prince, so she visits the Sea Witch and trades her voice for legs, but the magic will only be permanent if the Prince loves the Mermaid above all others. She agrees and begins her quest to win the Prince’s affections. However, without her voice, she cannot fully express her love. One day, the Prince announces he is to marry another. The Mermaid realizes her quest is over, but her sisters bargain for her life with the Sea Witch. They are given a knife and told that if the Little Mermaid can kill the Prince, she will be allowed to live. The Little Mermaid refuses to kill the prince, even to save herself, and ultimately sacrifices herself for the one she loves and returns to the sea as foam.

Read the following narrative to your class and have the students pantomime (“act out”) the story. As you read the narrative, make sure you allow students plenty of time to complete the actions. After the pantomime, have the students talk about the various sea creatures and fish that they envisioned in their story and how they used their bodies and imaginations to embody their chosen sea creatures. For added inspiration, you can display books or posters of the many types of sea creatures that live in the ocean.

Close your eyes and imagine you are under the ocean’s surface. You can breathe as easily as if the water were air. Feel yourself float. Your arms and legs are no longer heavy and you can move about quite easily. You look up and see the sun above the surface, but that world is no match for your life underwater. Look around and see the many fish that swim about. Oh, look! There’s your best friend! Decide what type of sea creature they are, wave and say “hi.” Now look down at the ocean floor and see all the wonderful creatures that live on the ocean bed. How many different types of creatures do you see? What colors are they? Where do they like to rest or hide? Are any of them dangerous? You hear someone calling. You realize it is time to go. You go to run, but then you realize you’re a merperson and you do not run, but swim! And wow, are you a fast swimmer! Swimming is fun and much easier than running! You dart left and then right. You swim upside down and twirl in the water. It is glorious being a merperson! You hear your name and stop. You open your eyes and realize it has all been a dream and once again you’re human.

Mythological creatures are often created by combining elements of humans and animals. We consider some creatures friendly, like mermaids. Or sometimes these creatures are terrifying monsters, like sirens. In this activity, your students can participate in the folk traditions of old right in your classroom! 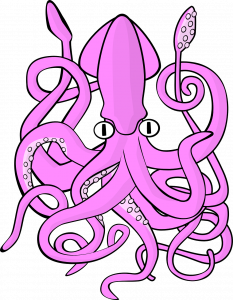 Encourage your students to imagine a fantastical creature. Use the cards only as a means to get them started. Is their creature good or evil? What special powers might their creature have? In which ocean, lake, or climate would that creature live? What is the creature’s name? You can expand this activity by having the students move and create sounds like their new mythical sea creature.

How well do you know your ancient mythological sea creatures? Download the activity page below and try matching each creature’s name and description to its picture. 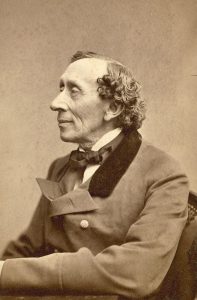 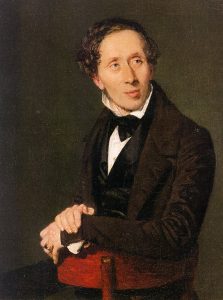 Hans Christian Andersen was a Danish author born in Odense, Denmark on April 2, 1805. His father was a cobbler (shoemaker), and his mother was a washerwoman for wealthy families. His stories often include nods to his childhood by drawing on the themes of socioeconomic class differences and incorporating the occasional shoemaker as a character.

Even as a child, Hans loved the arts. When he was 14 years old, he left home to make his fortune. He spent time as an artist, singer, and actor, but he didn’t find much success in these professions, growing poorer and almost dying of hunger. Eventually, Hans received financial help from a patron of the arts, the director of the Royal Theatre. Now able to continue his education, Hans went to university in Copenhagen and began his writing career.

While Andersen was first known as a poet, the success of which paid his way to travel throughout Europe, his first book of fairy tales wasn’t published until 1835. The book was a success and was followed by many other volumes of children’s stories, almost one a year, for the next 37 years. Because of the popularity of his fairy tales, Andersen became known as the greatest writer in Denmark and one of the most beloved children’s authors in the world. The Hans Christian Andersen Award, one of the highest prizes in children’s literature, is presented to only one author and one illustrator every two years.

Over the course of his lifetime, Hans Christian Andersen wrote more than 150 fairy tales which have been translated into over 100 languages. His stories show compassion for those who are outcast and suffering while poking fun at the spoiled and conceited. His stories teach us that appearances can be deceiving, and that there is a magical beauty even within the most unlikely characters.

Do you recognize these other stories by Hans Christian Andersen? 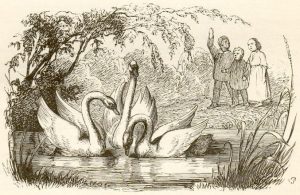 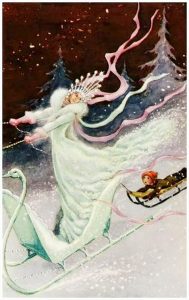 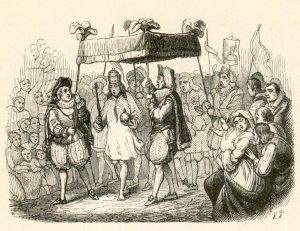 They’re The Ugly Duckling, The Snow Queen, and The Emperor’s New Clothes! 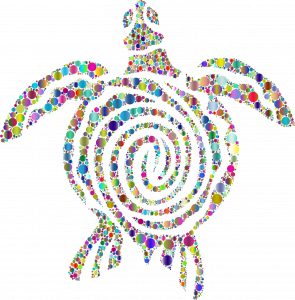 According to scientists working with The Ocean Cleanup, there is an estimated 1.15 to 2.41 million tons of plastic that enter Earth’s oceans via rivers each year. There could be anywhere from 1.1 to up to 3.6 trillion pieces of plastic debris in the GPGP alone. But while plastic is the most common form of debris in the ocean, the Garbage Patch also has everything from old tires to lost fishing nets often referred to as “ghost nets.”

The average American uses between 300 and 700 plastic bags every year. Those that end up in the ocean are often mistaken for food by hungry sea turtles. Plastics also absorb toxic chemicals which can be dangerous to fish and other sea life that often swallow plastic pellets and other materials. All of this impacts oceanic ecosystems, food chains, and even us humans.

Help reduce your mark on ocean pollution by limiting your plastic consumption. Students could promise to do their part to help by taking the pledge below. 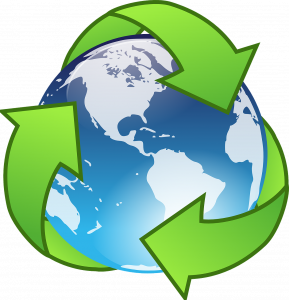 Take a pledge not to pollute the oceans:

I, (state your name), pledge not to pollute the oceans by:

After you students have taken the pledge, have them design a poster to spread awareness about and encourage the prevention of water and/or ocean pollution. You can even encourage students to create a recycling club or brainstorm new inventions and technology that could help reduce waste and pollution. For more information on the Great Pacific Garbage Patch or ways to get involved and make a difference, check out the following organizations:

Download and copy the What Happened? page below for all the students in your class:

You may use the worksheet in one of two ways. First, have your students simply draw their favorite moment or scene from The Little Mermaid. This can be as simple as “my favorite moment was when the mermaid danced with the prince” or “my favorite scene was when she sold her voice to the sea witch.” Or you can choose to have the students work in teams to draw a specific scene from the play which you assign. When finished, have the students arrange their drawings in the proper sequence of events in the play. In both cases, you can create a “Castle of Scenes” using each student’s drawing as a brick in a castle. You can enhance the castle with a door, flags, moats, or whatever you can think to create!

EXTEND IT FURTHER: When students have finished their drawing, have them recreate the same scene using frozen images, or tableaux. Explain to the students that this is like taking a picture with a camera. They are freezing a moment of live action. Count down from three and call “freeze!” Then have the other students in the class guess which scene is being presented. Was it difficult to just do that one scene? What must it have been like for the actors in the play? 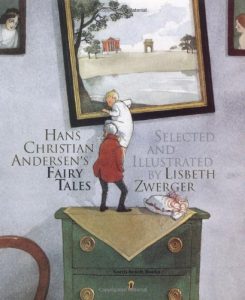 This anthology includes eleven classic stories from The Princess and the Pea and The Emperor’s New Clothes to some of Hans Christian Andersen’s lesser-known, but equally wonderful stories. 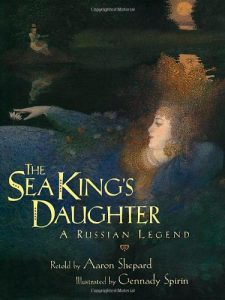 The Sea King’s Daughter: A Russian Legend by Aaron Shepard
When a poor but gifted musician is invited to visit the palace of the Sea King, he meets the King’s beautiful daughter and goes on the adventure of a lifetime. 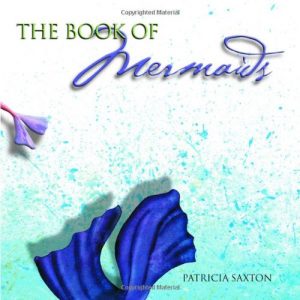 The Book of Mermaids by Patricia Saxton
This book draws from many cultures to create a fanciful picture book on merfolk arts, language, and family life. 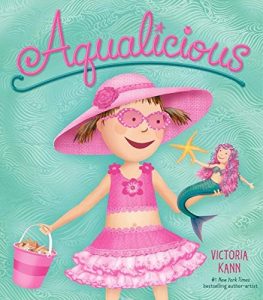 Aqualicious by Victoria Kann
Pinkalicious and her brother Peter find Aqua the Merminnie in a seashell at the beach. Can they keep their promise and help Aqua find her way home?