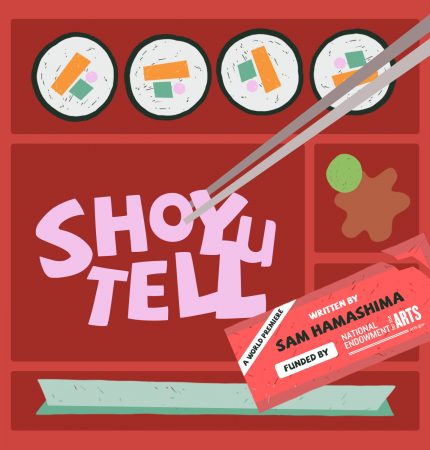 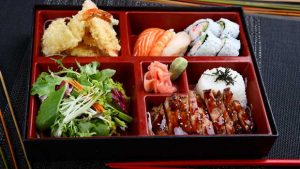 Lucas is the new kid at school, and he’s nervous about making new friends. On his first day, his teacher, Mrs. Moore, tells the students that the next day will be show and tell. One young girl, Paula, asks Lucas if he would like to sit with her at lunch. During lunch time, another student named Gary, known for bullying others, approaches Paula and Lucas. He takes Lucas’ lunch bag filled with a Japanese meal made by his mother. Gary makes fun of the way it smells and the unfamiliar names of the items within. Back at home, Lucas tells his mom about show and tell, and she suggests he take her old beeper. Lucas then asks his mother not to make Japanese foods for him anymore, and in response, she teaches him the importance of washing rice.

Later that evening, Lucas goes up to his room with his cat, Luna. As he lies in bed, the beeper begins to beep, and Luna goes under the bed only to come back out transformed into her Maneki Neko form. Luna informs Lucas that she is there to help him conquer Fear. Lucas battles Fear by teaching him about traditional Japanese foods and showing some of the similarities it has to American foods. Luna then brings one of the spirit ancestors, Reiko, to teach the family history. Reiko tries to help Lucas understand why family traditions are important. 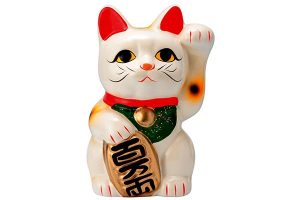 Upset by his family’s history, Lucas takes Luna’s bell from her collar to make everything “normal.” Doing so causes the world to lose its color and turn grey. Lucas grows scared and brings Reiko back to help, but she is unable to, leading Lucas to think of something else. He suddenly remembers to wash the rice. As he washes the rice, the world is restored, and he is taken to the next morning. For show and tell, he decides to bring his lunch and have everyone try it. Gary learns that just because something is different, it does not mean it is bad. 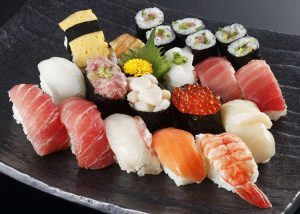 In the play Shoyu Tell, the making and eating of Japanese cuisine, such as sushi, is a cultural tradition passed down for generations. Each family has their own recipe for sushi. Have your students think of a tradition in their family. It could be a recipe or dish eaten regularly, a vacation location visited yearly, or a holiday celebrated with the whole family. Asks students to do some research on their family’s tradition. Ask them to discover the answers to the following questions:

WHAT MAKES YOU UNIQUE

One of the themes of LCT’s world premier production of Shoyu Tell is that the world is a better place because we all have qualities that make us unique. Instead of judging one another for our differences, we can get to know more about each other and the world around us because of those differences. Split your class into two groups and have each group stand on either side of the room. Then have your students decide between two things from the list below. If they prefer the item in the left column, they’ll cross to the left side of the room. If they prefer the item in the right column, they’ll cross to the right side of the room. Encourage students to make a choice even if they are indifferent. 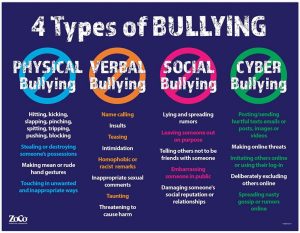 After you make it through the list, ask students if they noticed anyone making fun of them? How did that make it make them feel? Did they feel like they needed to have the same answers as their friends? Did they find something they hand in common with their classmates that they didn’t notice before? To extend the activity, have students talk within their group about why they prefer one thing over another and have them report out to the class their findings.

Click the link below and print the coloring sheet for your students to learn more about maneki neko, the cat of good fortune! 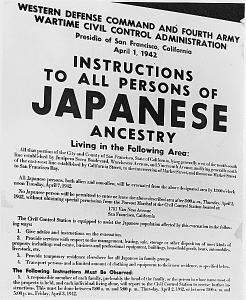 Following the attack on Pearl Harbor in December 1941, President Franklin D. Roosevelt signed Executive Order 9066, a policy that stated people of Japanese descent were to be put into isolated camps. Built mainly in Western states such as California, Oregon, and Washington, Japanese Americans were forcibly removed from their homes and put in these camps. Though most who faced detainment were based in the Western United States, other countries like Columbia and Mexico also cooperated with the United States’ effort to send those with Japanese ancestry, despite legal citizenship, to the camps. It is reported roughly 120,000 people were affected.

Many families were separated within the first week after the Pearl Harbor attack and were not informed of their loved ones’ location. FBI agents arrested over 1,000 Japanese Americans, without any evidence, and sent them to what the government called “Relocation Centers.” The FBI would even search the private homes of thousands of Japanese Americans and confiscate anything they deemed contraband. The camps themselves were often areas not meant for humans to live, such as cow sheds and horse stalls, with barbed wire fencing surrounding them. There were food shortages and no basic sanitary guidelines. Those with disabilities were at a higher disadvantage, often being mistreated by guards.

In 1944, the United States Supreme Court ruled that while evicting American citizens for military necessity was constitutional, incarcerating loyal citizens of the US, regardless of cultural descent, without cause was not. This ruling led Franklin D. Roosevelt to order the close of all internment camps, though they didn’t begin closing until January 1945 after the presidential election of 1944. The last prison camp was finally shut down in March of 1946. Even after internment ended, many families had very little to return home to due to the actions of the government. Over two decades later, Congress passed the Civil Liberties Act of 1988 which paid 80,000 Japanese Americans affected by internment camps $20,000 each in reparations.

In the play, Lucas and his classmates participate in show and tell to get to know more about each other. Now, it is your class’s turn! Inform your students that they will be participating in their own show and tell. Set a date, and ask students to bring something to class that represents who they are. Is it their favorite toy or a movie they love? On the day of your class’s show and tell, allow each student time to stand before the class and talk about their special object. Allow other students to ask meaningful questions such as when a student first received their item or who gave it to them. After everyone has gone, you can put each item on display in a safe place for the rest of the day so the class can enjoy seeing all the things that make them unique. 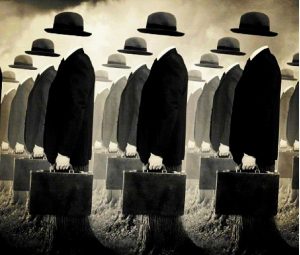 After Reiko tells Lucas the history of their family, Lucas decides to make everyone normal and creates the Grey World. As a class, make a list of different activities (e.g. – playing basketball, swimming, dancing, brushing your teeth, etc.). After making the list, have students act out each activity how they normally would. Take note of  any and all differences in how students complete the activities (e.g. – do some students hum while they brush their teeth? Do some students swim backstroke while others like to do cannonballs?). Then have students act out each activity as if they are in the Grey World. Start by having the class determine what actions they can all do repetitively at the same time. Everyone should do each activity the same way everyone else is while in “the Grey World.” After the activity, ask students if they thought the Grey World was more fun or boring than our normal world? Would they prefer everyone to be different or the exact same all the time?

Click the link below and print the matching sheet for your students to test their knowledge on basic traditional Japanese cuisine. 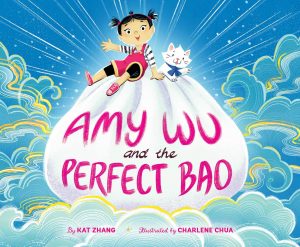 Amy Wu and the Perfect Bao by Kat Zhang

Amy loves to make bao with her family, but hers keep coming out all wrong. Will Amy ever make the perfect bao? 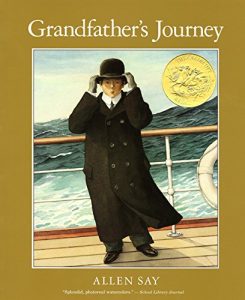 A Japanese American man recounts the tale of his grandfather’s journey to America. As he undertakes the same journey, he grapples with his complicated feelings, torn by a love for two different countries. 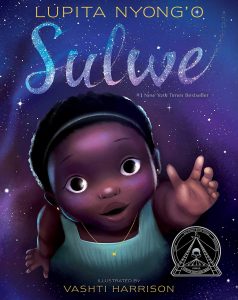 Five-year-old Sulwe is made fun of by her classmates for her dark skin. But a chance encounter with a shooting star helps Sulwe see the beauty in every shade. 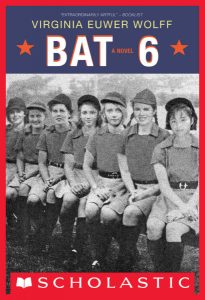 Bat 6 is an annual softball game played between the sixth grade girls of Barlow and Bear Creek Ridge. But this year is different as tensions grow between newcomers Aki, whose Japanese family was sent away, and Shazam, a girl whose father was killed during the attack on Pearl Harbor. 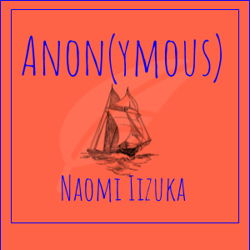 Anon is a young refugee separated from his mother. In this contemporary reimagining of Homer’s Odyssey, Anon must journey through the United States in search of his family. 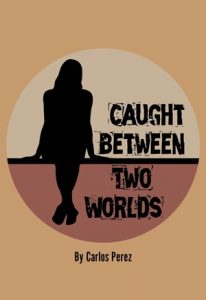 Andrea is biracial, struggling to be a part of the Latinx community while white people only see her brown skin. Will Andrea finally find a place in society and at home? 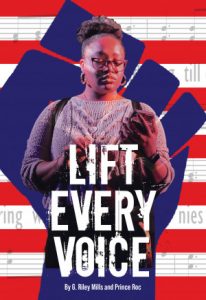 Based on a true story, a class president makes a racially derogatory post on social media. The six members of the student council must determine how to handle the fallout and move forward.